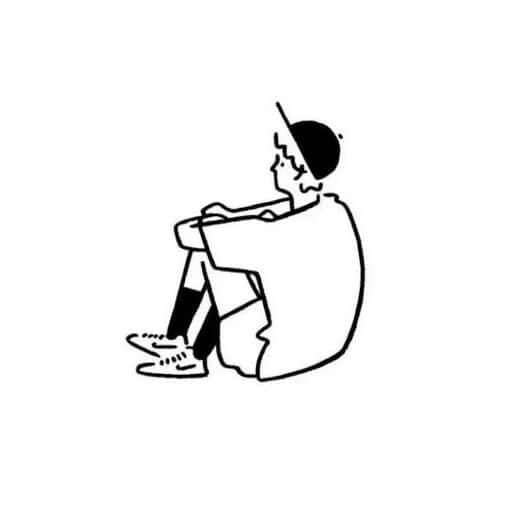 Manuscripts may have a rigidly defined structure, but there’s still room to tell a compelling story — one that clearly communicates the science and is a pleasure to read. Scientist-authors and editors debate the importance and meaning of creativity and offer tips on how to write a top paper.

Angel Borja, marine scientist at AZTI-Tecnalia, a producer of sustainable business services and goods, Pasaia, Spain; journal editor; author of a series on preparing a manuscript.

Think about the message you want to give to readers. If that is not clear, misinterpretations may arise later. And a clear message is even more important when there is a multidisciplinary group of authors, which is increasingly common. I encourage groups to sit together in person and seek consensus — not only in the main message, but also in the selection of data, the visual presentation and the information necessary to transmit a strong message.

The most important information should be in the main text. To avoid distraction, writers should put additional data in the supplementary material.

Countless manuscripts are rejected because the discussion section is so weak that it’s obvious the writer does not clearly understand the existing literature. Writers should put their results into a global context to demonstrate what makes those results significant or original.

There is a narrow line between speculation and evidence-based conclusions. A writer can speculate in the discussion — but not too much. When the discussion is all speculation, it’s no good because it is not rooted in the author’s experience. In the conclusion, include a one- or two-sentence statement on the research you plan to do in the future and on what else needs to be explored.

Structure is paramount. If you don’t get the structure right, you have no hope.

I co-wrote a paper (B. Mensh and K. Kording PLoS Comput. Biol. http://doi.org/ckqp; 2017) that lays out structural details for using a context–content–conclusion scheme to build a core concept. It is one of the most highly tweeted papers so far. In each paragraph, the first sentence defines the context, the body contains the new idea and the final sentence offers a conclusion. For the whole paper, the introduction sets the context, the results present the content and the discussion brings home the conclusion.

It’s crucial to focus your paper on a single key message, which you communicate in the title. Everything in the paper should logically and structurally support that idea. It can be a delight to creatively bend the rules, but you need to know them first.

You have to guide the naive reader to the point at which they are ready to absorb what you did. As a writer, you need to detail the problem. I won’t know why I should care about your experiment until you tell me why I should.

State your case with confidence

Clarity is the sole obligation of the science writer, yet I find constantly that the ‘What’s new’ element is buried. Answering one central question — What did you do? — is the key to finding the structure of a piece. Every section of the manuscript needs to support that one fundamental idea.

There is a German concept known as the ‘red thread’, which is the straight line that the audience follows from the introduction to the conclusion. In science, ‘What’s new and compelling?’ is the red thread. It’s the whole reason for writing the paper. Then, once that’s established, the paragraphs that follow become the units of logic that comprise the red thread.

Scientific authors are often scared to make confident statements with muscularity. The result is turgid or obfuscatory writing that sounds defensive, with too many caveats and long lists — as if the authors are writing to fend off criticism that hasn’t been made yet. When they write for a journal gatekeeper rather than for a human being, the result is muddy prose.

Examples such as this are not uncommon: “Though not inclusive, this paper provides a useful review of the well-known methods of physical oceanography using as examples various research that illustrates the methodological challenges that give rise to successful solutions to the difficulties inherent in oceanographic research.” Why not this instead: “We review methods of oceanographic research with examples that reveal specific challenges and solutions”?

And if the prose muddies the science, the writer has not only failed to convey their idea, but they’ve also made the reader work so hard that they have alienated him or her. The reader’s job is to pay attention and remember what they read. The writer’s job is to make those two things easy to do. I encourage scientists to read outside their field to better appreciate the craft and principles of writing.

Beware the curse of ‘zombie nouns’

Always think of your busy, tired reader when you write your paper — and try to deliver a paper that you would enjoy reading yourself.

Why does scientific writing have to be stodgy, dry and abstract? Humans are story-telling animals. If we don’t engage that aspect of ourselves, it’s hard to absorb the meaning of what we’re reading. Scientific writing should be factual, concise and evidence-based, but that doesn’t mean it can’t also be creative — told in a voice that is original — and engaging (Z. A. Doubleday et al. Trends Ecol. Evol. 32, 803–805; 2017). If science isn’t read, it doesn’t exist.

One of the principal problems with writing a manuscript is that your individual voice is stamped out. Writers can be stigmatized by mentors, manuscript reviewers or journal editors if they use their own voice. Students tell me they are inspired to write, but worry that their adviser won’t be supportive of creativity. It is a concern. We need to take a fresh look at the ‘official style’ — the dry, technical language that hasn’t evolved in decades.

Author Helen Sword coined the phrase ‘zombie nouns’ to describe terms such as ‘implementation’ or ‘application’ that suck the lifeblood out of active verbs. We should engage readers’ emotions and avoid formal, impersonal language. Still, there’s a balance. Don’t sensationalize the science. Once the paper has a clear message, I suggest that writers try some vivid language to help to tell the story. For example, I got some pushback on the title of one of my recent papers: ‘Eight habitats, 38 threats, and 55 experts: Assessing ecological risk in a multi-use marine region’. But, ultimately, the editors let me keep it. There’s probably less resistance out there than people might think.

Recently, after hearing me speak on this topic, a colleague mentioned that she had just rejected a review paper because she felt the style was too non-scientific. She admitted that she felt she had made the wrong decision and would try to reverse it.

Writers must be careful about ‘creativity’. It sounds good, but the purpose of a scientific paper is to convey information. That’s it. Flourishes can be distracting. Figurative language can also bamboozle a non-native English speaker. My advice is to make the writing only as complex as it needs to be.

That said, there are any number of ways of writing a paper that are far from effective. One of the most important is omitting crucial information from the methods section. It’s easy to do, especially in a complicated study, but missing information can make it difficult, if not impossible, to reproduce the study. That can mean the research is a dead end.

It’s also important that the paper’s claims are consistent with collected evidence. At the same time, authors should avoid being over-confident in their conclusions.

Editors and peer reviewers are looking for interesting results that are useful to the field. Without those, a paper might be rejected. Unfortunately, authors tend to struggle with the discussion section. They need to explain why the findings are interesting and how they affect a wider understanding of the topic. Authors should also reassess the existing literature and consider whether their findings open the door for future work. And, in making clear how robust their findings are, they must convince readers that they’ve considered alternative explanations.

Aim for a wide audience

Stacy Konkiel, director of research and education at Altmetric, London, which scores research papers on the basis of their level of digital attention.

There have been no in-depth studies linking the quality of writing to a paper’s impact, but a recent one (N. Di Girolamo and R. M. Reynders J. Clin. Epidemiol. 85, 32–36; 2017) shows that articles with clear, succinct, declarative titles are more likely to get picked up by social media or the popular press.

Those findings tie in with my experience. My biggest piece of advice is to get to the point. Authors spend a lot of time setting up long-winded arguments to knock down possible objections before they actually state their case. Make your point clearly and concisely — if possible in non-specialist language, so that readers from other fields can quickly make sense of it.

If you write in a way that is accessible to non-specialists, you are not only opening yourself up to citations by experts in other fields, but you are also making your writing available to laypeople, which is especially important in the biomedical fields. My Altmetric colleague Amy Rees notes that she sees a trend towards academics being more deliberate and thoughtful in how they disseminate their work. For example, we see more scientists writing lay summaries in publications such as The Conversation, a media outlet through which academics share news and opinions.

Interviews have been edited for clarity and length.